State of Kenya and Nigeria in Song

… and then this is Nigeria

I wanna challenge myself to read them all and then guess which one will win. Join me?

Posted on 19 July,2017 | Leave a comment
Of all of them, I would probably only want to visit Luanda and hopefully at someone else’s cost!

Some lovely reads this week as you can see below.

Historically, friendships between women provided them with attention, affection and an outlet for intellectual or political exchange in eras when marriage, still chiefly a fiscal and social necessity, wasn’t an institution from which many could be sure of gleaning sexual or companionate pleasure.
For many women, friends are our primary partners through life; they are the ones who move us into new homes, out of bad relationships, through births and illnesses. Even for women who do marry, this is true at the beginning of our adult lives, and at the end — after divorce or the death of a spouse.

Enjoy and have a lovely Sunday. 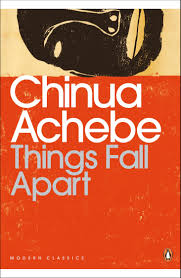 These days, I focus on finding ways to stay in touch with my family-friends, mainly by incorporating them in every aspect of my day – through texts and talks of plans for visits. Now, it’s a case of quality over quantity. We don’t sit around quite as much in our pajamas on Tuesday nights, so instead we talk more and plot and plan for future celebrations.

It is hard, though. Staying in touch with friends lies somewhere between the world of the constant marathon phone calls of a long distance relationship and the scheduled Sunday Skypes used with far away family. More often than not, in that between world, the plans have a tendency to fall apart.

And so you work harder at it because family-friends are worth it. They’re rare, hard to find, and must be clung to regardless of distance and time and change in circumstance.

And you know what? We may never come home to each other again, as Mindy said, but seeing each other on weekend visits brings me back to myself in a way that only family-friends can, and that’s more than I could ask for.

On replay all week …

Not sure of the lyrics but its quite catchy

I have finally gotten to review this book.

The back of the book cover describes the book thus

‘The past, if there is such a thing, is mostly empty space, great expanses of nothing, in which significant persons and events float. Nigeria was like that for me: mostly forgotten, except for those few things that I remembered with outsize intensity.’

Along the streets of Manhattan, a young Nigerian doctor doing his residency wanders aimlessly. The walks meet a need for Julius: they are a release from the tightly regulated mental environment of work, and they give him the opportunity to process his relationships, his recent breakup with his girlfriend, his present, his past. Though he is navigating the busy parts of town, the impression of countless faces does nothing to assuage his feelings of isolation. But it is not only a physical landscape he covers; Julius crisscrosses social territory as well, encountering people from different cultures and classes who will provide insight on his journey-which takes him to Brussels, to the Nigeria of his youth, and into the most unrecognizable facets of his own soul.

A haunting novel about national identity, race, liberty, loss, dislocation, and surrender, Teju Cole’s Open City seethes with intelligence. Written in a clear, rhythmic voice that lingers, this book is a mature, profound work by an important new author who has much to say about our world.

Overall, I felt the book was pretentious, difficult (even impossible) to get into and as I read it, I thought how it’s possible for people to hype up something crappy into this larger than life thing. I will admit that as a result Open City was on my to-read list for almost three years before I finally bought it and wasted my time reading it.

In many parts I felt it to be unstructured, disjointed and almost like taking a bus that promises to go somewhere but never quite leaves the bus station! I honestly preferred the little story within a story and in those instances I could see the writers brilliance.

Discussed themes that were of interest to me include: the Jewish state, belonging/ identify, family dynamics, Nationhood and Migration as well as the power/benefits of solitude. But I feel like all this was overshadowed by the fact that he wanted to tell us about the different streets that Julius had walked on in New York and Belgium.

Final recommendation: Do not read the book. Avoid at all costs!

6: And she dropped another

The back of the book states:

From the award-winning author of Half of a Yellow Sun, a dazzling new novel: a story of love and race centered around a young man and woman from Nigeria who face difficult choices and challenges in the countries they come to call home.

As teenagers in a Lagos secondary school, Ifemelu and Obinze fall in love. Their Nigeria is under military dictatorship, and people are leaving the country if they can. Ifemelu—beautiful, self-assured—departs for America to study. She suffers defeats and triumphs, finds and loses relationships and friendships, all the while feeling the weight of something she never thought of back home: race. Obinze—the quiet, thoughtful son of a professor—had hoped to join her, but post-9/11 America will not let him in, and he plunges into a dangerous, undocumented life in London.

Years later, Obinze is a wealthy man in a newly democratic Nigeria, while Ifemelu has achieved success as a writer of an eye-opening blog about race in America. But when Ifemelu returns to Nigeria, and she and Obinze reignite their shared passion—for their homeland and for each other—they will face the toughest decisions of their lives.

I loved this book but it made me immediately want to go back to Half of a Yellow Sun.