I recently read Audre Lorde’s Sister Outsider: Essays and Speeches. I had always heard people talking about Audre Lorde, but I just never got round to picking up any of her material until now. It was quite the education; I loved it and would happily recommend anyone pick up her material. It’s not as dense as reading Toni Morrison (in that I was not checking the meaning of every tenth word) but just as sharp and piercing in her arguments.

From the specific essay titled Poetry is not a Luxury I loved the idea of poetry as giving language to experiences that are unique in a living way not the sterile way that forefathers previously considered. Her later work also talks of the low barriers to entry to writing poetry compared to say a novel that requires time, space and income while everyone can write a poem, perhaps not me, but certainly most people can.

The essay Man Child: A Black Lesbian Feminist’s Response blew my mind and particularly this quote on page 74:

The strongest lesson I can teach my son is the same lesson I teach my daughter: how to be who he wishes to be for himself. And the best way I can do this is to be who I am and hope that he will learn from this not how to be me, which is not possible, but how to be himself.

Another essay that spoke to me and I felt so deeply that I read it over days and not in one sitting was Eye to Eye: Black Women, Hatred and Anger. I love how she charts the anger that women feel – the source and how it plays out across various scenarios. Having done that so well, a part of me could understand why but I also struggled to understand why Black women then turn on each other, we don’t turn that anger outwards but at each other. Throughout the chapter, you certainly feel the anger, but it is so contained and well explained. She also talks of someone grieving the death of her mother and how sad she was that no one would see and love her as her mother did – her mother felt her, saw her, and loved her in her entirety. In one breath I felt my mom’s love and hoped that my daughter always the knows the same of me. Finally, from page 66, I loved this quote:

Mothering ourselves means learning how to be both kind and demanding in the teeth of failure as well as in the face of success, and not misnaming either.

I also loved the essay, The Master’s Tools Will Never Dismantle the Master’s House.

Our Book Club read for March was Toni Morrison’s The Source of Self Regard . I was really eager to get into it because of everyone’s reaction when she passed away in 2019, there was such sadness at the loss of a great literary mind YET, I had struggled to really get into her writing. Prior to this read, I had only read God Help The Child and I quite enjoyed it.

Now to some specific themes and quotes that I loved from each of them.

The Foreign / Being Foreign

the Afro-American presence in American literature

Other themes, she covers but I did not get any specific quotes on, include, female empowerment, the press, money, human rights, and the artist in society,

It is not an easy read at all but certainly worth the time and energy (and dictionary checking). Get it, this is a 5* from me.

When do you get time to read?

Any reading goals for the coming year?

I began the year with no reading goal and I hoped that along the way I would read some good books and boy did I. Also, I read some duds along the way and by about September, I figured that I might hit a book a week target – this I did and surpassed slightly. Previous year lists are available here: 2018, 2019 and 2020.

Some overall thoughts, I got into audio books for the first time and since I also read ebooks, I don’t really care how the material is presented, books are books. I got into some new Australian authors (and podcasts but that’s another post altogether). I tried to read the Women’s Prize shortlist and got through 4.25 out of 6 of them. I also read some non-fiction, sometimes for work and others just out of interest.

Key: *** Highly Recommend ** Yeah, why not read it *Nah, only read if you have nothing else (No star) I have no feelings on the book

See the chronological list below and some thoughts I had as I finished the books.

Any books you read last year that stood out to you?

A Friday in July

From my favourite spot in the internet:

* a TV show, movie or book you’re into right now
* what you’re looking forward to
* something that’s worrying you
* a dessert you’ll never refuse
* would you rather have flight vs. invisibility?

I am looking forward to taking my daughter for a visit to my parents later next month.

Worried about whether we will ever get to herd immunity with such varied responses to the COVID-19 vaccine.

I will never say NO to ice cream. Nope!

I would rather have invisibility. All the conversations I will be able to listen to and places I can hang out and not worry about being seen.

What is your response to this pop quiz?

A Book on Female Friendship

Here is the blurb:

Now two friends, Aminatou Sow and Ann Friedman, tell the story of their equally messy and life-affirming Big Friendship in this honest and hilarious book that chronicles their first decade in one another’s lives. As the hosts of the hit podcast Call Your Girlfriend, they’ve become known for frank and intimate conversations. In this book, they bring that energy to their own friendship—its joys and its pitfalls.

An inspiring and entertaining testament to the power of society’s most underappreciated relationship, Big Friendship will invite you to think about how your own bonds are formed, challenged, and preserved. It is a call to value your friendships in all of their complexity. Actively choose them. And, sometimes, fight for them. (less)

I read this book in August and it was amazing so get it. But I don’t want to do a review as much as talk about the one thing it made me think of.

The authors talk about a challenging period in their frendship where they were not getting on and they went for therapy together. Either in the book or in the many podcasts promoting their book I listened to they ask how people resolve conflict in a friendship and the process to get a “friend” therapist a specific type of therapist different from most other relationships.

This made me think of a troubled friendship last year that just fizzled out. We had a misunderstanding – not the first we had in the years of friendship but I suppose we are both moms of little ones now and pressed for time and sleep which probably accelerated it all. And then since then we have just ghosted each other. So this is what the book made me think of:

Having thought that, I think the impasse is a resolution because in the past when I have cared, I have formally spoken about it with a friend so this is an answer of sorts.

How do you resolve conflict in you friendships?

A Bookclub of Two

The little Miss is “reading”:

I am reading this book, struggling to get into it but I really loved Beneath the Lion’s Gaze so I am sure it will be good too.

Of all the things I want to pass onto my daughter, I want her to love to read, read widely.

Over the holiday I got a bit tired of listening to the same subscribed podcast content so I challenged myself to listen to shows I wouldn’t normally do or I had heard but did not want to commit to full subscription just yet. So here are some of those fantastic episodes.

I know it’s a lot but do yourself a favour and just listen.

Photo by Ree on Pexels.com

Key: *** Highly Recommend ** Yeah, why not read it *Nah, only read if you have nothing else (No star) I have no feelings on the book

My book of the year was The Great Believers. This book deals with the burden of being left behind to confront the memories of a sad time. Also, just how far we have come since the first days of the AIDS scourge. Please do yourself a favour and also read it.

Notable mentions were: Home Fire: A Novel and Becoming.

Books I wanted to like but just.did.not: Washington Black

How many books did you get through last year?

Book Recommendations for the Holidays

Enthusiastic recommendations for reads that will provide you with abundant reasons to rejoice, reflect or recharge, as suggested by TED speakers and TED-Ed educators. If you’re searching for some calm The Peace of Wild Things: And Other Poems by Wendell Berry This little book of poetry is my current morning dose of calm, and I use…

In case you are looking for some great reading recommendations and some great TED talks to listen to.

Values I admire in my Parents

Photo by Noelle Otto on Pexels.com

Today, I want to focus on my parents and the values they have imparted in me that I admire and hope to replicate with my children.

What Matters Most To Me

I recently went through an exercise to define my top values in life and it made me very reflective because values are something you never think of until someone crosses it then you realise, woah! something is off here.

What are your top values? What defines you and makes you unique?

caucacity
Something done with the audacity of white privilege.

An act showing little compassion towards people of color.

Photo by Christina Morillo on Pexels.com

You know those books that everyone raves about and then try as you might you just can’t get into them and then when you do it just feels like they will neither start nor end? Well, these are mine, now I just stop and move onto the next book 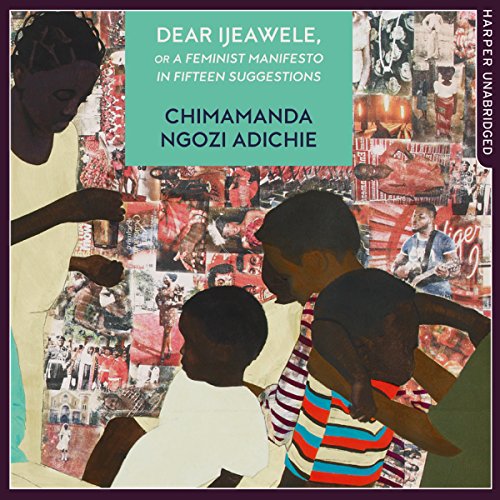