Travelling through Africa / To- Read Books

I recently noticed that I have been reading a lot of Nigerian/ Ghanaian authored books and so I set myself a challenge to diversify my reading to other parts of Africa. Here are some of the books on my to-read list.

Some of my (long) holiday reads ..

As one of my goals this month is to read more African literature, these are the books on my bookshelf.

Binyavanga Wainaina tumbled through his middle-class Kenyan childhod out of kilter with the world around him. This world came to him as a chaos of loud and colourful sounds: the hair dryers at his mother’s beauty parlour, black mamba bicycle bells, mechanics in Nairobi, the music of Michael Jackson – all punctuated by the infectious laughter of his brother and sister, Jimmy and Ciru. He could fall in with their patterns, but it would take him a while to carve out his own. In this vivid and compelling debut, Wainaina takes us through his school days, his failed attempt to study in South Africa, a moving family reunion in Uganda, and his travels around Kenya. The landscape in front of him always claims his main attention, but he also evokes the shifting political scene that unsettles his views on family, tribe, and nationhood. Throughout, reading is his refuge and his solace. And when, in 2002, a writing prize comes through, the door is opened for him to pursue the career that perhaps had been beckoning all along. A series of fascinating reporting assignments follows in other African countries. Finally he circles back to a Kenya in the throes of postelection violence and finds he is not the only one questioning the old certainties. Resolutely avoiding stereotype and cliche, Wainaina paints every scene in One Day I Will Write About This Place with a highly distinctive and hugely memorable brush.

In Johannesburg three men’s lives revolve around one woman. Mfundo is a struggling jazz musician. All hope of ever becoming famous end when he gets into a macho fight with an international R&B artist. No one is keen to employ him any longer, and Mfundo takes the role of house-husband. But his girlfriend Sli is not willing to be the ‘man’ of the house. Mzilikazi is a gay man in a heterosexual marriage. One of the few people in his life who do not question the decision he makes is his best friend, Sli. Tinaye is a Zimbabwean struggling to gain citizenship in South Africa hence his current situation – underpaid and overqualified. The only way to gain citizenship is to marry Grace. But then he meets Sli…

An important rumination on youth in modern-day South Africa, this haunting debut novel tells the story of two extraordinary young women who have grown up black in white suburbs and must now struggle to find their identities. The rich and pampered Ofilwe has taken her privileged lifestyle for granted, and must confront her swiftly dwindling sense of culture when her soulless world falls apart. Meanwhile, the hip and sassy Fiks is an ambitious go-getter desperate to leave her vicious past behind for the glossy sophistication of city life, but finds Johannesburg to be more complicated and unforgiving than she expected. These two stories artfully come together to illustrate the weight of history upon a new generation in South Africa.

ASIDE: Claim to fame, the husband went to school with her Husband and we attended their wedding.

Nandi, Zaza, Tumi and Princess are four ordinary friends living life in the fast and fabulous lanes of Joburg. Suddenly, no amount of cocktails can cure the stress that simultaneously unsettles their lives. Nandi’s final wedding arrangements are nearly in place so why is she feeling on edge?

Zaza, the “trophy wife”, waits for the day her affair comes to light and her husband gives her a one-way ticket back to the township; Tumi has only one wish to complete her perfect life – a child. But when her wish is granted, it’s not exactly how she pictured it. And Princess? For the first time ever, she has fallen in love – with Leo, a painter who seems to press all the right buttons. But soon she discovers – like her friends already have – that life is not a bed of roses, and happiness never comes with a manual . . .

ASIDE: Please read the book and/or watch the movie currently at the Cinemas.

Kenya, 2007. Odidi Oganda, running for his life, is gunned down in the streets of Nairobi. His sister, Ajany, and their father bring his body back home, to a crumbling colonial house in northern Kenya. But the peace they seek is hard to find: the murder has stirred deeply buried memories of colonial violence, of the killing-sprees of the Mau Mau uprising, and the shocking political assassination of Tom Mboya in 1969. When a young Englishman appears, searching for his missing father, another story, of love, or at least a connection, begins.

This is a spellbinding state of the nation novel about Kenya, showing how the violence of the past informs the violence and disorder of the present. Yvonne Adhiambo Owuor’s memorable characters; Ajany’s mother, deranged with grief and past violations, the Trader, embodying the timeless nomadic traders of Sudan, and Odidi himself, who transcended his past, came to success, and then a tragic end, are enchanting. Owuor reveals to us a new Kenya, a Kenya of bloodshed but also of modernity, suffused with a spirit world only half-remembered. This is a country where the characters listen so acutely for what is not said, and for the voices from the distant and recent past.

After a few stalls of beets, kale and zucchinis, and of candles made from beeswax and shaped into angels by a beekeeper who is also selling bottled honey, Jason stops to listen to yet another busker . . . He concludes that it is not for her voice – rather airy and desperate – that her open guitar case is bristling with greenbacks. It is for her strawberry blonde bangs peeping out from under her hat, and her deep blue eyes, and her willowy stature, and her brown prairie skirt of plaid gingham, and her bare feet with tan lines drawn by sandals, and her black T with “Appalachia Active” in big white letters across her breasts – the entire wholesome package that stands before him. She is trying hard to make her voice sound full-bodied and round, but she was not born for singing. She loses a beat to say “thank you” after Jason deposits a single, and then she tries hard to catch up with the song before it goes out of control.

At that moment Jason recognises her. Rachel. Rachel Boucher from Jensen Township . . .

Athens County, Ohio, USA. When Rachel Boucher and Jason de Klerk meet again – five years after high school – they immediately renew their friendship. But for Jason their friendship is just a stepping stone to something more – a romantic union that seems to have the blessing of the whole community. That is until Rachel becomes involved with Skye Riley.

As Skye and Rachel grow ever closer, Jason’s anger at the relationship boils over into violence, violence that turns the community on its head, setting old friends and neighbours against one another. But this is just a taste of things to come as, it turns out, Rachel is pregnant . . .

It is 1989, a high point of hope in South Africa’s political history. The nation is abuzz with rumours of Nelson Mandela’s imminent release, the dismantling of guerrilla camps and the possibility of peace.

A band of exiled People’s Army soldiers returns to South Africa. After years in Angola they think the change they have been fighting for is finally about to become a reality. They have been ordered to carry and deliver a sealed trunk to an unspecified destination. It is a mission that makes them a target as different parties set out to separate the men from the trunk and its mysterious contents, setting the stage for several fierce conflicts.

The Texture of Shadows explores a world of hardened guerrilla fighters, corrupt police officers, ex-political prisoners and the victims of abuse of a system of bannings and beatings. But there are also cracks in this steel-edged world that hope, love and beauty can fill as the reader is swept up in the story of Chaplain Nerissa Rodrigues and her fellow soldiers.

… from the Motherland, no less

9. And what is my heritage?

South Africa has a Public Holiday on the 24th of September – Heritage Day. There is a bit of a history of this day. There is also ill-feeling around the fact that this has now been White-washed to National Braai Day which cheapens the day. Be that as it may, I would like to commemorate my own Heritage Day and share part of what makes me, me.

PS: If you are from Uganda (the Motherland), please let me know if my spelling of the food is fine – prior to now, I have never had to spell them out.

Over the next few days, I shall be reviewing different aspects of the wedding. Please stick around and let me know your thoughts.

So you know how you meet a boy at school, think his difference is fascinating, get to know him a bit and then you say yes when he asks you to marry him and the difference in culture suddenly becomes stark? No? Well, this is what I learnt from planning the wedding about the difference between a wedding in the East (of Africa) and those in the South.

I am sure there were so many more lessons and I might update this list at a later stage/ as they occur. 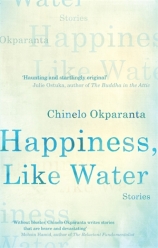 I have tried to come up with a weekly serial that I could do here with little success, largely because I would always pick something so complex that would be difficult to replicate in subsequent rounds. This time, I decided to do something simple – talk about the simple things that struck me that week.

Sometimes life gets so busy and we forget to smell the roses and notice the little things. And in the last few months, I have become very guilty of that and so this is a call to myself to go back to basics and start noticing the little things once again.

What little things have caught your eyes recently?

Two thoughts from this week

A friend of mine came “out” this week – out, as in of the proverbial closet. Well, he was an acquaintance from Church and he led worship as part of the Praise Team.

One of my first (fast) friends from High School was in town this week and despite receiving additional work just before the planned rendezvous, I am glad that we still made time to have dinner and catch up.

Have you had any interesting conversations this week.