Tag Archives: about us

Some sweet parenting moments around here

Our love is safe

Talking of love yesterday made me reflect on the type of love I have with my Mr and why it is the perfect love for me/us.

Very early on when we were dating we had a discussion and decided that while we felt we could marry each other we probably needed a longer dating period to confirm this decision. So each year since then, we would discuss whether we were both committed to continuing with each other. Even now on our anniversary dinner, we still ask each other this question as well as reflecting on the past year and dreams for the next.

More than this though was the fact that very early on, he was very clear in his intentions but he also went out of his way to accompany his words with actions. And this meant so much to me especially given the last two people I had liked who couldn’t be bothered with decency. So, our love is thoughtful, not about fireworks but stability – which I have learnt is a value that means so much to me – but it is true to both our characters.

How would you describe your love?

Tagged about me, about us, dating, decision making, Heart matters, love, marriage, relationships

Have a lovely Monday and week ahead.

This being Day 8902 of lockdown (not really, it’s Day 54 here) and working remotely as we take care of the 14-month old. I wanted to share the one thing I have learnt about my Mr and new work mate:

He is really passionate about his work. He is genial and well liked and regarded by his workmates. They really respect him too. He is also very serious when at work. Less positively, he hates to do any kind of project admin. Oh and his day involves being in so many meetings / calls.

It’s been interesting to see this side of him as the last time we worked so closely together was back at Varsity.

This could be our love story

Tagged about us, love, relationships, University of the Witwatersrand, Valentines Day, Wits, Witsie4Life

Values I admire in my Partner

In this case, my partner. What do I love most about him? There are so many things, but I had to list the top three:

What do you love most about your significant other?

Photo by Fox on Pexels.com

Having said that, there were some nice parts to living in Cape Town and I am surprised to admit that I will miss the city, in particular:

Photo by picjumbo.com on Pexels.com

So I moved back to Joburg a couple of months back and I must say I am enjoying it and if I thought I loved the city before, I love it even more now. What do I love so much about the city?

Photo by Joshua McKnight on Pexels.com

So when the Mr and I have a misunderstanding and it looks like it might hit the proverbial fan., the party that does not feel as strongly does not escalate it. How?

Recently, we were traveling, I had mapped out the route and knew what station we needed to get off at to board the connecting train when the Mr decides to change the route halfway. So we get off and the map shows we need to walk five streets to catch the train and I lost my gasket. I was so pissed off, 1) we were running late for a flight, 2) where were you when I was staying up the whole night to get the route? To give him credit though, he just kept on the task at hand and did not engage with my anger or my threats to get us a route ASAP.

This works for us and it is not prescriptive but it saves us from saying what we might later regret or descending into a shouting fit with each other.

If someone needs time to cool off, to think or process, we allow it and the other does not pressure them to discuss it at that time. However much time you need to, take it. Often we continue to engage on other matters as normal and either you don’t feel as strongly later or you have had the room to process why you felt so strongly or couldn’t engage.

I know they say not to do this, but it’s OK to sleep angry every so often. Sometimes it’s safer and better that way. Of course this can lead to silent treatment which is not great but eventually gets resolved.

What rules do you and your significant live by when it comes to conflict resolution?

You and I Always and Again

A friend sent me this article earlier today and it provided me with another answer to the type of love that we have. In particular when I saw this quote:

I know I am not owed love. I also wonder sometimes if I don’t know what love actually feels like, since so many grown men have told me it’s been missing from our relationships. (One came back a year later and said, “Oh wow, I did not realize that I loved you when we dated, I am so sorry.”)

In response I would say that our love is secure and I know that I am loved for who I am and in all different versions of myself, the best and the not so great.

Tagged about us, growth, love, marrriage, relationships, self love, The Mr

I Knew I was Married When …

Some days are better than others but most times I do feel married and I can’t even say what it is that makes it more than just when we were dating.

I remember these cartoons from way back and how they made me feel. Like love was the most grown up thing I could think of because it was so out of my reach at the time. So each day I would look at them in the newspaper and imagine this thing called love and so here are a few things that demonstrate our love. 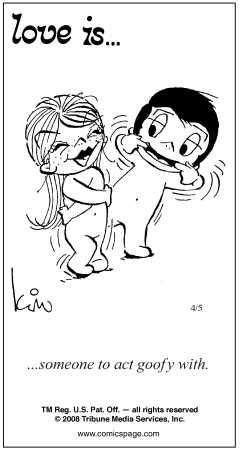 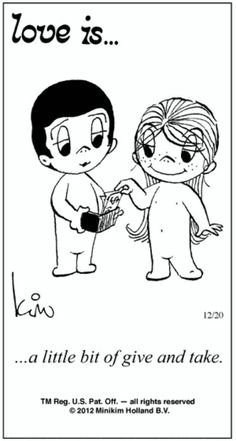 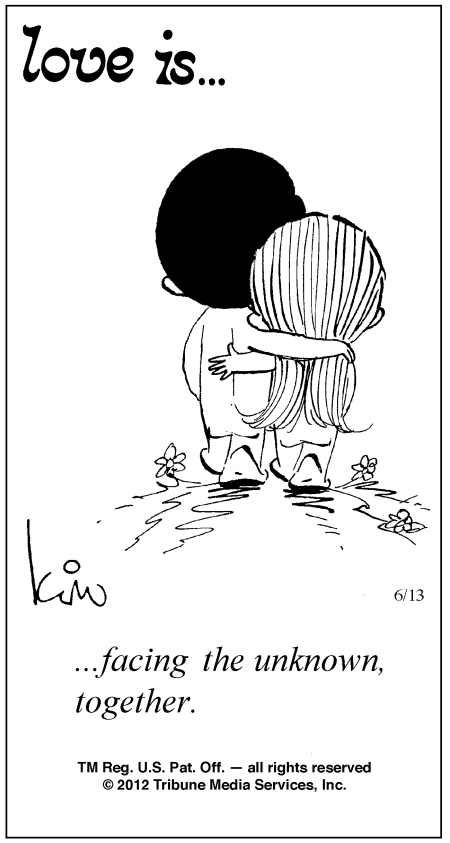 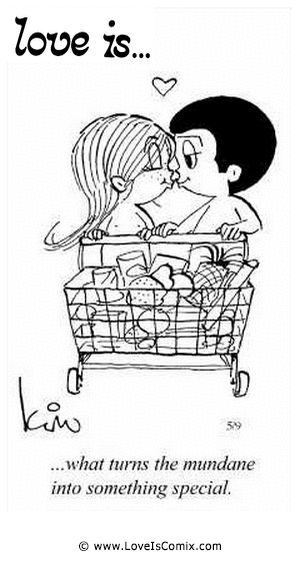 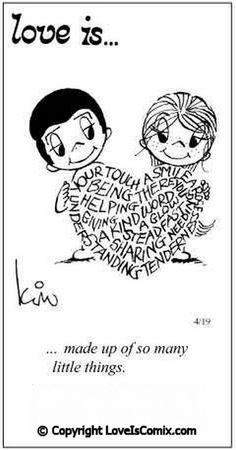 Best Part of your Wedding

I read this post where couples talk about the best part of their wedding. Three years on, the parts I loved best are:

What about you, what parts of your wedding do you still remember and why are they so memorable?

PS: Please read the comments from the blog post, so darling and warm!!

Tagged about us, Cup of Jo, love, marriage, weddings

Today marks our third-year anniversary and I am not sure what it is about marriage that makes each year feel tougher and harder than the previous one yet the returns are just as fulfilling. I love being married and I love my husband and even after all these years together (nine this year) I am still remarkably happy that we are together. He is certainly my person.

What have I learnt so far?

Having said all the above, it is a fact that marriage is work. You only reap what you put in. Also, that both of you must work on it or the other party eventually gets worn out and might lash out. Each year has brought us something additional to work through / focus on and that has been interesting and kept us both connected.

What will I work on this year?

Firstly, on the words I use. I know that as a wife, I can either build him up / tear him down and I have to be very careful not to do the latter. Secondly, in the Love Dare  the authors speak of  guarding one self against spending time in your mate’s depreciation room. This is basically the place where we keep stock of all of his bad traits and all those things you do not like about him. I also have a depreciation room that he could dwell on but that won’t take us anywhere if we both fixate on it. Lastly, to work on making more couple friends and hanging out with those we currently have.

In closing, one piece of advice we received that I always remember is that marriage is what you make of it. Just as no two marriages are the same, you can get out of yours the things that you want and that works for the two of you despite what other people out there might feel/ have to say.

So here’s to many more and loads of love.

I Hear Myself Everywhere

I consume a lot of stuff online or on television and I know that the stuff I like best is anything that I can read and feel in some ways that it represents my inner voice. Like what you ask?

And you, who/ what represents that inner voice?

Tagged about us, blogs i like, Call Your Girlfriend, Cup of Jo, friendship, Gilmore Girls, marriage, parenthood, Podcasts, Relationship Goals, Tamar Braxton, This is Us, TV

This blog has slowly become a firm favourite. I thought this was a whimsical post but it definitely gave me ideas of how to prepare our guest room when we have visitors.

What do I currently do?

Growing up, my mom always made us pack a towel a face cloth and other personal items we might require when we go visiting. I have slowly learnt that not everyone packs these so I  have since had to include guest towels when I prepare the room.

I also ensure the guests have a set of keys and boy does knowing that there is extra toilet paper help a tonne.

I also stock the house with food and then on the second or third night when the guests arrive, I take them along to the shops so they can shop for food and personal effects that they might need that I do no have in the house – it certainly helps guests to feel at home. This and knowing where the breakfast cereals, tea and coffee is in the house.

From this post, I have since learnt to include the following items for that home away from home feel.

How do you prepare yourself to host guests?

I recently read a post about things you would change of your wedding. I loved my wedding and though, mhhh nothing. On second thought, I do know some things I would do differently:

Are there any changes you would have made to your wedding? Why?

So what did you expect?

This morning the Mr and I had a little fight. I had to take my car for a service – something that in my horror, totally feels like a dentist’s visit what with the information asymmetry, pain (actual and to the wallet) and the fact that there is a specialist whom you trust but then again, information asymmetry. At the root of the fight though is that ugly word: Expectations.

I must say these lessons are over and above learning how selfish I am, how much space and time alone I require. All of that. Marriage is certainly not the penultimate goal, neither is it my most defining relationship but I must say I have learnt a lot and it has been very fulfilling for me.