Posted on 3 December,2017 | Leave a comment
“There’s a crescendo of voices saying, ‘If you don’t do X or Y, you’re doing it wrong,’” Monk says. The result is “a kind of over-preciousness about motherhood. It’s obsessive, and it’s amplified by the Internet and social media.”
Recipes

I Got You Friend

I miss my gal pals the most when I see stuff like this that we could do together .

I particularly think of the things that I have missed out on with my better female friends: baby showers, bridal showers, high tea, being able to do random things together, road trips, dinners, first homes, come meet my new guy, the new baby, watch a new show together and laugh about it – just a lot of stuff. Yes, IRL I have friends and people I do this but it’s also different.

The comments as usual provides such gems and so here is my to do with a friend list.

In fact, I decided to have a little snacks and games afternoon at my place next month! Done!!

I have  had one of the craziest weeks in a while and I almost forgot my new weekly post ritual. Having said that, it might be short!

What little things are you grateful for this week? 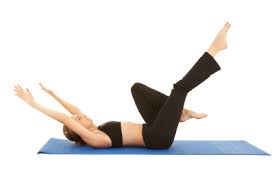 This is good for the tummy

So a couple of months ago I decided to start doing Pilates. I had been reading up on it for a couple of months and in the colder winter months decided to switch from swimming to Pilates. I went to the attached Wikipedia page, read up on it and determined that OK, this is something that I could do and could grow to totally love. Funnily enough, at the time I had decided to do it, two of my friends both had opportunity to try it out and didn’t necessarily go ga-ga over it. However, I persisted on with saying I’d like to. One evening driving home, I saw this place and decided to call them up. Initially, it was a little disappointing, took the owner a fair amount of time to get back to me and then after a few emails back and forth we settled on a particular Wednesday for me to go by and start. Going in, all I knew was that it strengthens your core and some people had spoken of it being good for toning and I figured, mhhhh, why not?

My instructor proposed that since I had not had previous experience with Pilates, I should probably have a couple of individual classes at the Studio and then gradually move into the group classes once I am more comfortable with the techniques and have gotten an idea of my strength levels. Which I now see the benefit of and would greatly recommend to any Pilates aspirants out there. Go for a couple individual classes initially and then join the larger group later. At the time, my largest concern was that I did not want to get involved in any spiritual shpill/ mumbo-jumbo of the kind that I associate with Yoga and I had told myself that at the first sighting of this, I would leave and not come back. That was really my only non-negotiable requirement. Oh, that and the fact that I did not want a male instructor.

So first day of class and not knowing what to expect, I showed up at the studio, met and spoke to my instructor and got to know her somewhat. Which again, is important, the class will just be the two of you for an hour, its important that you have a level of companionship, that’s natural and not forced. Then she talked me through a slight history of Pilates and the potential benefits and how the most important thing is to learn to breath. Now, I thought, yeah, OK breath, I can do that. And slowly I just started to stretch, do some of the gentler exercises, got introduced to the reformer and more importantly, “the core”. Now this just above your pelvis and initially, it feels like a tough cookie to pin down (forgive the pun) but as you build up the tummy muscles, its definitely harder to ignore. The key to it all, is really just the breathing because Pilates is essentially low impact and highly repetitive and you need to really work on the breathing. It’s also important because when not done properly, you place strain on your body and it could really hurt the next day.

My solo classes continued for three months, by which point I was confident about the breathing, my strength levels and the overall techniques that I had learnt over time. Thereafter, I joined a gym. First, because it was much cheaper than the individual classes I was paying and also because I wanted to meet people and make friends (story for another day). The only downside is that the machines are not part of the gym membership, I would have to pay extra for those. But I am fine with that. Solo versus group classes? It’s not especially easy to compare, its different strokes for different folks but I enjoy both but in a different way. 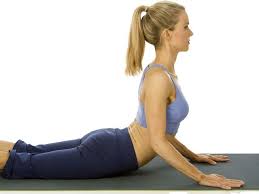 Once had to do this facing a guy in very cramped proximity. Only longest class ever!

Anyone looking to start Pilates, definitely go for it. However, just go by the studio and check out the different machines and equipment that they can use (mats, BOSUs, Reformers, balls). Definitely inquire of your instructor where he/she obtained her certification from. Find out whether she does the exercise with you or whether she will stand by you – non trivial point, but sometimes it helps to work through some of the more elaborate techniques with someone alongside rather than overseeing you. I also generally liked that my instructor would tell me where I ought to feel the impact of the move and what muscle I was stretching, that afterwards you would cool down and reduce the strain on that area.

I am really enjoying Pilates. Love that its very low-impact and I do not sweat but that its wholesome and exercises all parts of my body. Its also good for toning the different muscles and makes you especially strong, both in the core and but all over. I also like the breathing in and out as I find that I tend to do the same thing when I work out and that it helps me not feel overwhelmed.

Would I recommend it,sure thing!